Construction of the steel structure

The new Mons train station, the "Gare-Passerelle", is a metal structure 182 metres long weighing approximately 5,200 tonnes. It was designed by the famous architect Calatrava to house the train station, provide access to the tracks and connect to Place Léopold (south side) and the Congress Centre (north side).
Assembly of the walkway-station is being done in several stages, with stage three currently under way. The assembled sections are gradually being pushed over the tracks prior to anchoring the entire Gare-Passerelle to its definitive supports. The average push speed is about 40 centimetres a minute with a tolerance of 10%. The total push time for section three, which is 15.88 metres long is estimated at seven hours which, given the structure of the building and the mass to be moved, is quite impressive. 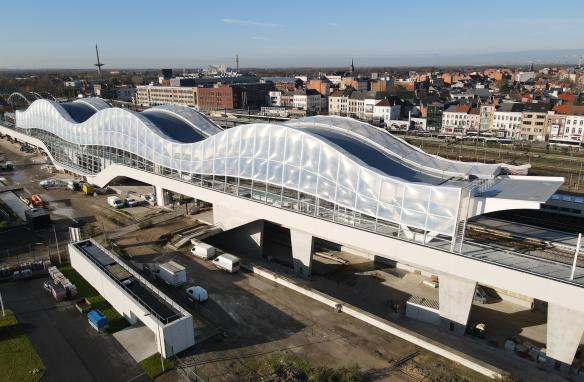 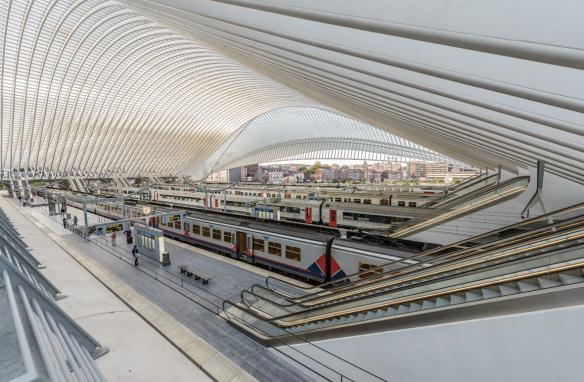 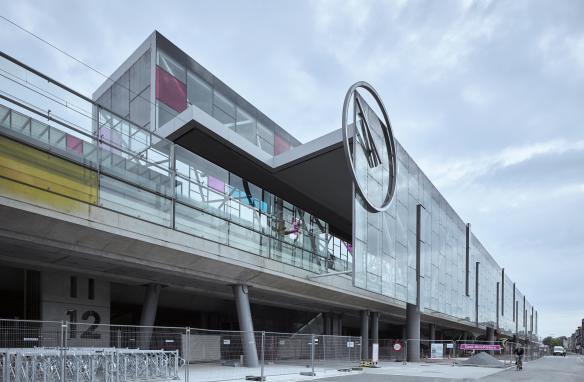